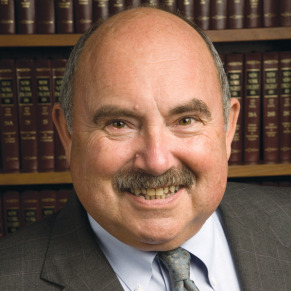 Michael Rikon has practiced law in New York since he was admitted to the Bar in 1969. Before merging his firm, Michael Rikon, P.C., with Samuel Goldstein and Sons, Mr. Rikon had a successful practice, founded in 1980, that focused on condemnation and real estate law, as well as litigation in the Court of Claims. From 1973 to 1980, Mr. Rikon served as a law clerk to the Honorable Albert A. Blinder of the New York State Court of Claims. Mr. Rikon began his law career as an Assistant Corporation Counsel for the City of New York, a position he held from 1969 to 1973, where he was a senior trial attorney in the Condemnation Division.

Mr. Rikon is a frequent lecturer on the Law of Eminent Domain. He is the New York State designated eminent domain attorney for Owners’ Counsel of America.

Mr. Rikon has been active in public and charitable activities. He has served as president of the Village Greens Homeowners’ Association, chairman of the Board of the Arden Heights Jewish Center, and president of the North Shore Republican Club. He has also served on the Zoning Committee of his Community Board. 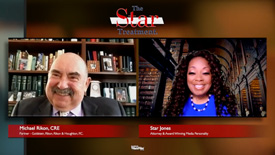 Michael Rikon was highlighted in a video by Marquis Who’s Who, an exclusive community of accomplished professionals who have worked hard to showcase their achievements. View a video of the interview here.

Mr. Rikon received his B.S. from the New York Institute of Technology, his J.D. from Brooklyn Law School, and a Masters of Law from New York University Law School. He lives in New York City with his wife Leslie.